A Painting (One of Many)

During my break from the comic, I’m working on lots of other artwork, mostly paintings. Here is one in progress, about 70% done: 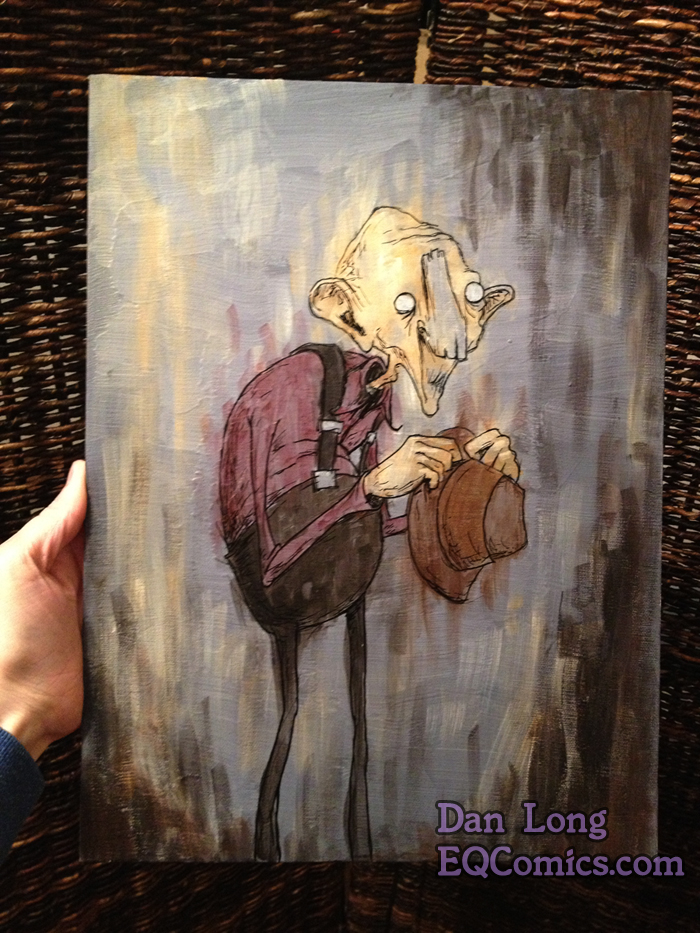 Will Be Taking a Longer Break Than Previously Thought

I have tried to keep up with a reduction to 1 update a week lately but I have found that I just  need to take a break for a bit. It’s a combination of work stuff, personal stuff (some of which being the simple need to recharge), and the starting of a NEW PROJECT that will be announced in due time! I realized that literally all of my free time has been going into the comic for the past four years, and I need to branch out a bit to keep my sanity (or what’s left of it). The new project is more of a story, less a gag-a-day, and it’s been something I’ve wanted to do for a long time, and I hope you will like it! Details will be forthcoming. Until further notice, bear with me. Edmund Finney’s Quest will return to regular updates soon enough (as I plan it to pretty much be ongoing for decades), so don’t worry about the fate of this comic. It’s just sitting on the sidelines for a quick breather. I figure a murder mystery cliffhanger is a good spot to leave us at, so you know it’s coming back sooner or later with a few twists to surprise you. Thanks for hanging out!