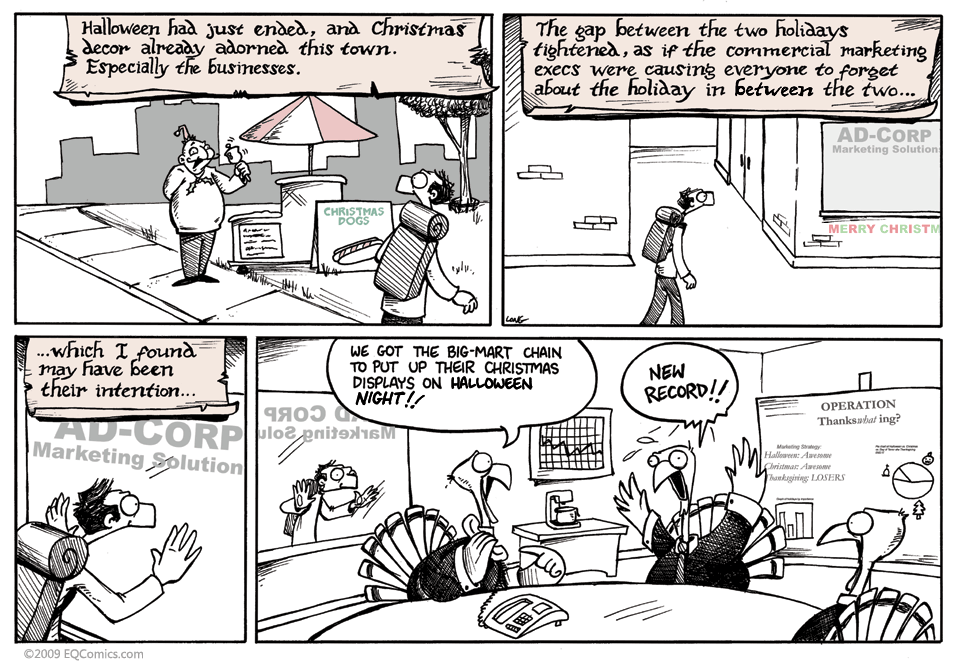 "Christmas Dogs" was an interesting concept: ketchup and mayonnaise in a striped pattern to mimic a candy cane. Though I thought making them out of reindeer meat took it a bit far.

I realize I have many readers in other countries who don’t celebrate things like Halloween and Thanksgiving.  Hopefully the comics that deal with them are still enjoyable.

I want to thank all of you who have voted for me in the following categories for the WCRC Awards, and a great thanks to my fellow webcomickers who nominated me to begin with.  Here are the categories Edmund Finney falls into:

Best New Comic (nominated by Paul of Woody After Hours)

Best Protagonist (nominated by Novil of Sandra and Woo)

Also, if you’re not a Facebook Fan and you’re on Facebook, why not become one?  You can click the magic link over to your left, above the calendar.  You get friendly banter and comic previews and probably more stuff when I flesh it out more (it’s pretty new).

Also, I like waffles cold, with butter on them, sometimes.