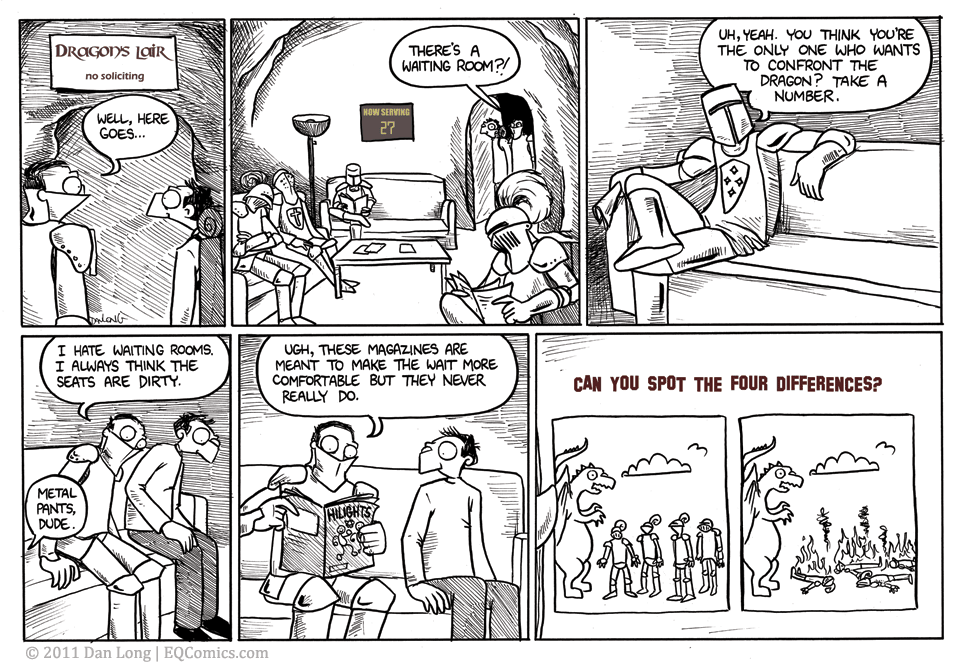 The magazines were also unacceptably out of date, and that was coming from men wearing plate armor.

I’m always afraid that, when I’m walking outside, a squirrel (or worse, squirrels) will drop on my head. I’ve considered wearing a Rayden helmet, though those seem like they’d be easy for squirrels to cling to, and I’d be frantically spinning around like a squirrel merry-go-round and people would look at me strangely (as I died). I’ve considered wearing a football helmet, but I’m afraid I’ll walk by a pickup football game and they’ll ask me to join in because they’re short a player (which I would assume meant squirrels got him), and I might be too polite to refuse and I’m no good at football, so that would just be embarrassing. Also, if a squirrel fell through the eye area and landed between my face and the mask, there would be a new case of spontaneous combustion for scientists to be baffled by. Well, today, a squirrel was walking right at me, apparently confident and unafraid, and I was dreading that it might try to run and climb up my leg. But what do I do, run? I made an educated guess that squirrels’ vision is based on movement, like a T-Rex, so I stood still. But then I saw there was also a squirrel on the tree next to me, and I feared an ambush. If they came at me, I would surely end up in the news the next morning. As the guy who set himself on fire in order to keep the squirrels at bay. But I didn’t even have that defense, since I don’t usually carry my flamethrower when walking outside. Also I’m not sure I’ve replaced the tank since the last time I used it. Long story short, the squirrels left me alone and now I’m looking into plate armor for my morning walks, in case that was a sign of things to come. If you know of anybody who’s not using theirs, let me know.