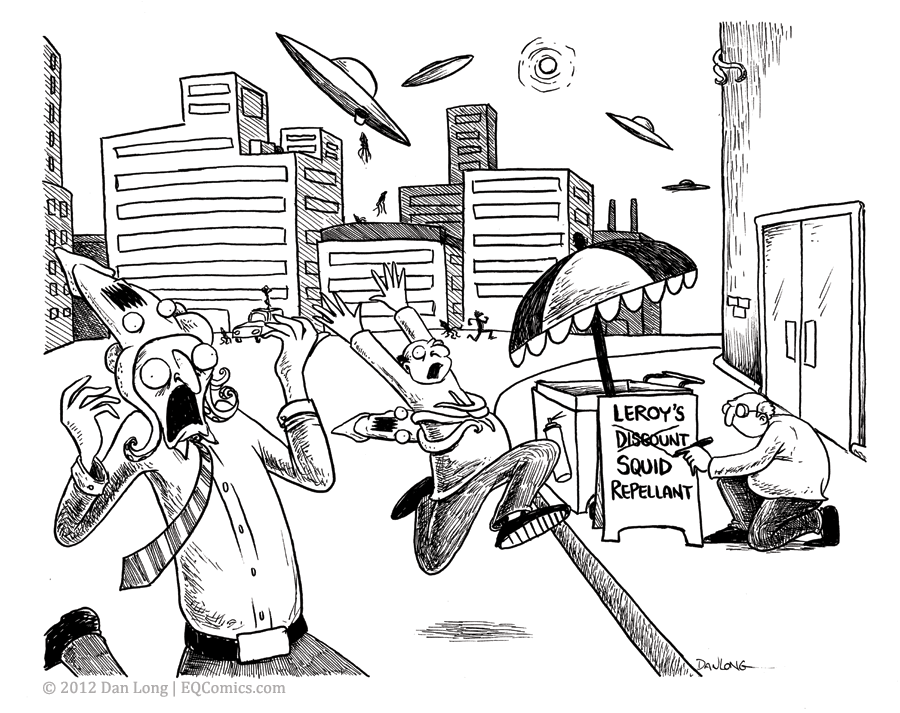 Hey, so this comic is the result of a One-Hour-Drawing order from a reader as a birthday gift to her boyfriend, where the phrase I was to base it off of was, “An unlikely hero in a crazy situation.” It was ordered during the run of Edmund comics at the Super Hero Comic Convention. I took some liberties and made the guy not exactly a hero, but an opportunist. He’s a nice guy deep down.

I’m still working out kinks with the “Next Comic Status” notifier in the left sidebar (it’s had trouble updating), but it will be ironed out soon. Happy Friday, y’all.