Archive for ‘The Rejection Collection’ 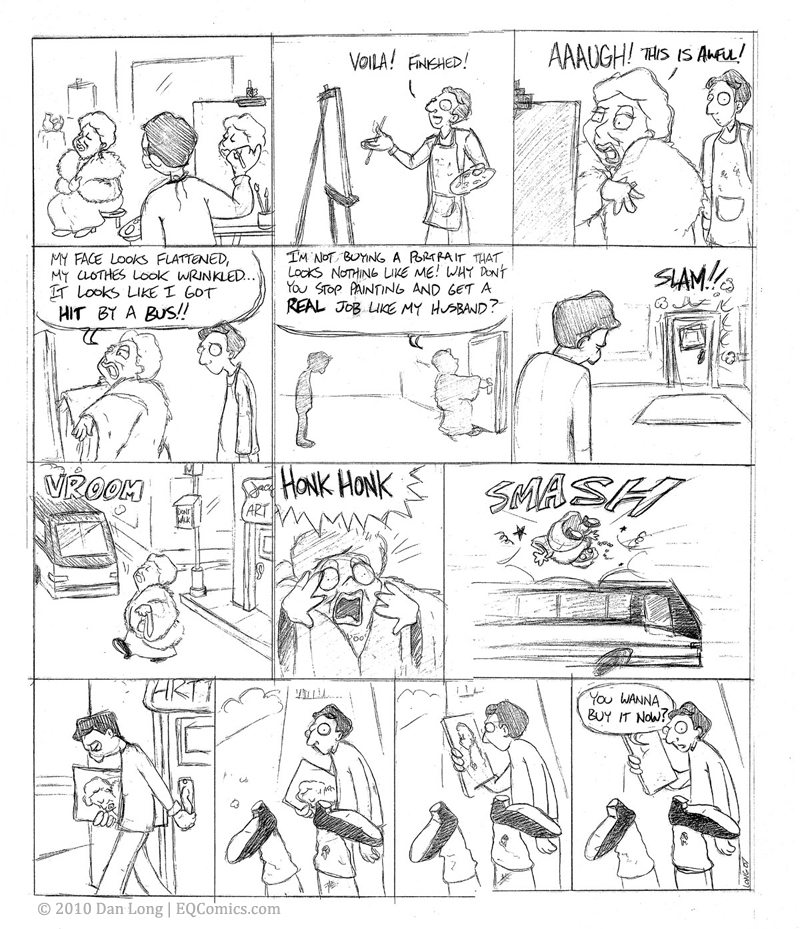 Here’s yet another sample of my rejected comic, Belfry Meadows, that I submitted to syndicates. It’s a politically themed comic with woodland animals. See more in the Rejection Collection!

More from the comic-that-wasn’t, Belfry Meadows. See the previous post below if you’re not sure what this is. Also, look! The restaurant is Taco Burger, which makes an appearance in this Edmund Finney comic! 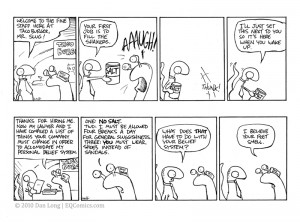 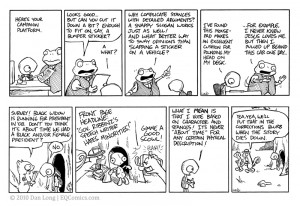 If It Were Syndicated (#ifitweresyndicated)

On Twitter last night, several webcomickers played with an idea that poked fun at the state of syndicated comics today- most of which is cliche, broad, and trite.  No offense to the few good ones, but it’s no secret that today’s newspaper comics page leaves much to be desired, to a large majority of readers.  This is mainly due to the familiarity of old comics started in the early 1900s and the profitability of “safe,” broad comics that appeal to the widest audience, which usually comes at the cost of risk and/or originality.

There is an ongoing print vs. web debate on sites like The Daily Cartoonist, where webcomickers argue that online comics are the future of the medium (that print comics are going to die with newspapers), and syndicated comickers hold to their belief that people will always want a printed page of comics that syndicates have chosen for them.

In a little jab by webcomickers, a trending topic on Twitter was “#ifitweresyndicated,” where webcomickers watered down their comics to syndicate standards and posted the resulting comics.

Here is my submission, if Edmund Finney’s Quest to Find the Meaning of Life were syndicated now (click each to view larger):

And here, after 25 years of being syndicated:

And finally, nearing my retirement:

…that is, if I didn’t have my son and/or grandson take over my comic once I stopped.

I should also mention that this whole concept was started by Jeph Jacques of Questionable Content.