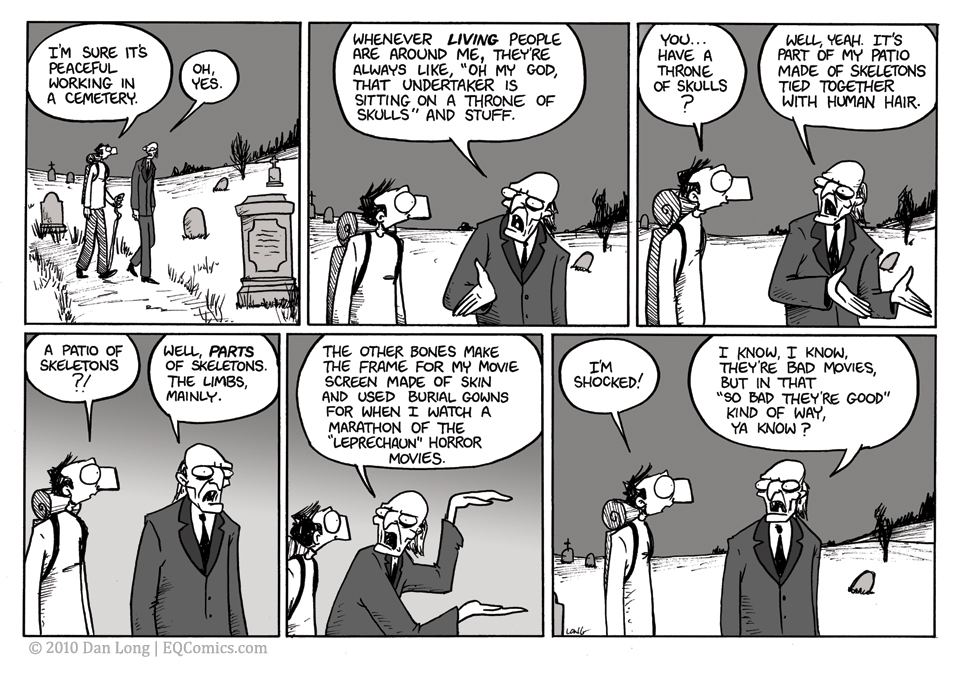 I'm not sure if watching the movies or sitting on teeth would be worse, let alone combining the two.

After a year and four months, many times pulling near-all-nighters to update on time, this month’s schedule is proving too busy, so I’ll have to take a break for two weeks (equaling 3 comic updates total). Edmund Finney’s quest will resume as usual Tuesday, July 20th. But fear not! You will still have comics!

Ever take a look at The Rejection Collection? Those are (mostly) comics of mine rejected by various publishers (mostly MAD Magazine). I made a comic a few years ago called Belfry Meadows for possible newspaper syndication that was rejected, and I’ll run those comics in this blog area during this break, so you’ll still have comickery to see! Here’s a teaser image: 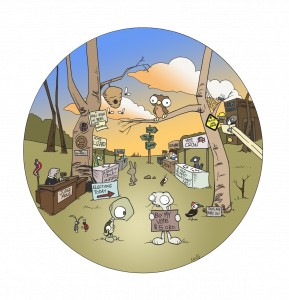 And you can use this time to make your entry(ies) for the NEW CONTEST! Multiple entries are allowed! 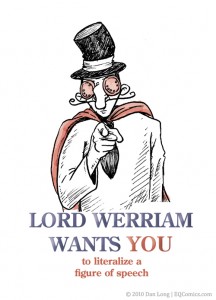